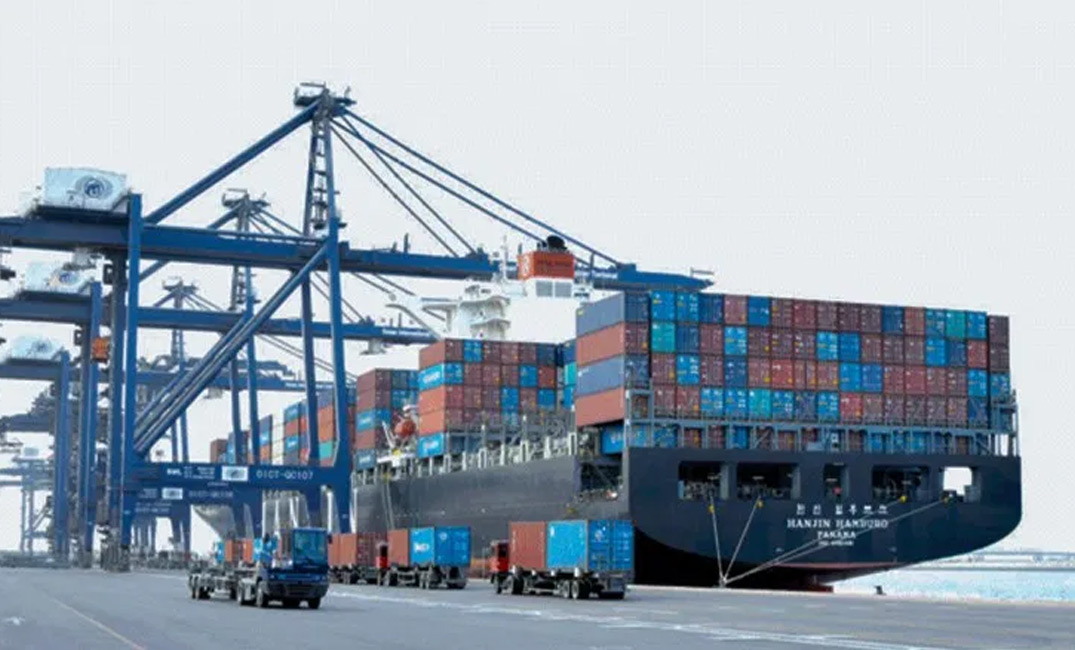 Asyad Group adopts policies and controls aimed at finding a balance between the continuity of its business and the sustainability of marine life in accordance with the highest international standards to preserve the integrity of the environment as part of the National Logistics Strategy 2040 implemented by the Group to enhance the position of the Sultanate of Oman as a global logistics center.

The group is taking measures to reduce greenhouse gas emissions and reduce the sulfur content in fuel oil in all its operations, believing in the importance of the sustainability of the marine environment in the Sultanate and the world, in support of the efforts made by the competent authorities to preserve the marine environment, in line with international efforts, and to ensure the application of sound practices In handling maritime transport operations.

Asyad Group is committed to the International Convention for the Prevention of Pollution from Ships in all its operations in the marine environment to prevent pollution by oil and liquid materials and to the management of sewage water discharge and to apply the complete ban on disposing of plastic materials in the sea, which reflects the full commitment to the best international treaties and conventions followed to preserve a marine environment Sustainable.

Asyad applies many initiatives to achieve sustainable development goals in the field of maritime transport.
The Oman Shipping Company has invested in several initiatives to introduce modern technology into its fleet by installing gas purifiers to be able to use low-sulfur fuel in compliance with the IMO 2020 policy.

In addition to its use of a low-sulfur fuel that emits less than 0.5 percent of sulfur dioxide, which reduced its emission by 80 percent than before, in addition to changing the ship coating to a non-dissolving silicone coating.

The Oman Shipping Company complies with the standards of management and disposal of ballast water by constantly changing it on its way from one port to another by at least 200 nautical miles from the nearest land as an important step towards protecting the marine environment from pollution.

Omani ports pay great attention to the sustainability of the marine environment, as all ports adhere to all international regulations and standards aimed at the sustainability of the maritime shipping sector, as the port of Salalah is equipped with reception facilities that work according to local and international requirements and standards,
to ensure the protection of marine waters from any pollution that may result from illegal drainage. From ships to various oils and wastes, and pursues the application of logistical services compatible with international regulations and legislation in support of activities to preserve the sustainability of environmental life. While the port of Duqm works with the latest safety and environmental standards used to preserve the marine environment.

Sohar Port is also committed to sustainable shipping by introducing a system that rewards ships and international shipping companies that express their keenness to reduce air emissions in accordance with the standards of the International Maritime Organization, as the port offers a 5 percent discount on port fees to shipping companies that have made additional investments in their ships and crew to improve environmental performance, safety and quality. It rewarded 239 ships during the current year on discounting port fees, compared to 148 ships in 2019, with an increase of 40 percent.
Sohar Port is the only port in the Middle East and among 20 ports in the world that offer such incentives as part of the Global Ports Climate Initiative.

Oman Dry Dock Company owns integrated stations for recycling and disposing of chemical wastes, filtering and treating water extracted from ships from oily materials according to the quality requirements approved in accordance with environmental regulations before being discharged into the sea.
Recycled oil is also sold as the amount of oil reached 4,073 tons until the end of August of the year. Current 2020 AD, an increase of 140 percent over the year 2019, while the quantities of treated and discharged water increased by 29 percent.

Senyar’s ferries follow the standards of the International Maritime Organization to prevent pollution from ships, including reducing the sulfur content in fuel oil through the use of environmentally friendly water-jet engines, which reduce gas emissions from ferries by 77 percent compared to regular ferry engines, in addition to adopting them Internal cooling system for engines.

International Maritime College Of Oman works to provide scientific curricula and academic courses in the field of transformational engineering with the aim of supplying the local and international maritime transport sector with outputs that contribute to the advancement of marine engineering, and to deal with various safety, environmental and marine issues.
in addition to organizing intensive courses for workers in the maritime field on mechanisms and global technical practices measures that can be used to reduce risks to the marine environment.
As well as provide scientific researches on the impact of safety and environmental issues on the maritime sector.

Asyad Group will continue its environmental policy aimed at harmonizing logistical operations with the sustainability of natural resources by adhering to global systems, replacing environmentally friendly modern technology, and enhancing the culture of preserving the environment in the logistics sector.